Her post inspired me to look
out the window
And enjoy the greenery.
So I did look – knowing
No treats awaited me.

Ah! Sky! Cloudy,
Not the sign of an impending rain,
They say the roaming choppers
Chop the pregnant clouds
To save all the million-dollar constructions.
Some say they are ‘poisoned’, aborted.
Anyway, they seldom deliver – anything!

Ah! The next apartment block,
where our ‘neighbours’ live.
The windows shut forever
never frame any face,
because they had given up long back.

Ah! The narrow empty space
around our building,
Where a garden could thrive,
Where we could have some benches.
But all I can see are the ghosts
Of the industrial sewing machines
Abandoned by the cobblers all around.
Sometimes I hear the cats,
but today no cats even.

Now, reluctant to surrender,
I repeat the exercise.
Ah! Two pigeons on the neighbour’s A/c unit!
They are not green,
but they are at least full of life!

Julia, did you
send those messengers for me?
I wish to believe you did.
So, thank you, dear!

Tell me your secrets

I could hear Wind roaring
In languages unknown to me.

It was lonely –
Lonely as the cold desert!

Sometimes loud and scary
At times silent and creepy.

I could feel
His dry tears of loss.

I was weather-beaten,
And my brain – tired!

I tried and tried
Oh, but Wind
Never let me
Know his secrets!

To those who build walls 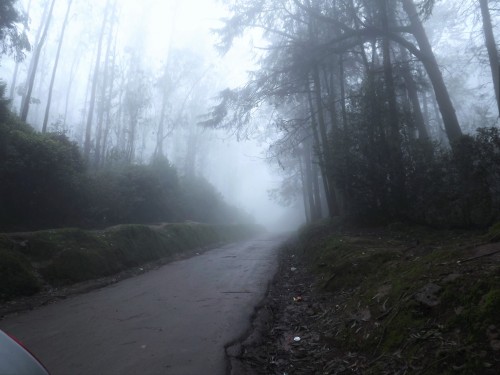 I have never seen
the fluffy snow,
the meandering rivers,
the undulating deserts,
the towering mountains,
the dark depths of the oceans,
the carnival of northern lights.

In short,
I haven’t yet
stepped out of my pond.

Some day I may.

But the walls they build –
they worry me.

What if, when I’m ready
the walls are way too high?

Remember,
I have never seen them.

Can I be
out there
with you
all alone – just
you and me?

As the night murmurs
I shall listen peacefully.

Proud to grasp
the wind’s whispers,
I may nod calmly.

The fragrances,
queer and exotic,
sweep past
mysteriously.

And thus,
as the music
of the trees,
the wind,
and my soul
swirls and merges,
I live
I truly live. 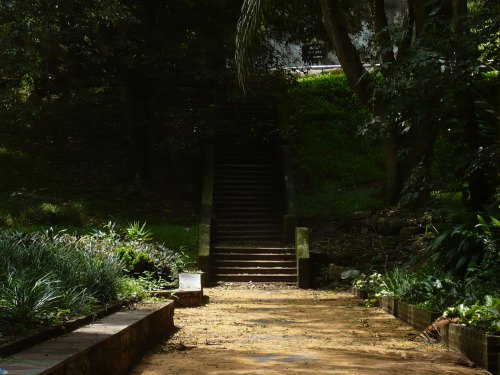 Let’s walk this way. You and me. The sun will shine bright for us. The shimmering water will add a glitter to our eyes. Take a look at the flowers meant for us. We won’t make them leave their homes for us, but we’ll be there to marvel at the thousand shades and fragrances they have arranged for us. Keep your ears open to the faint soothing music of the foliage and the birds, and your skin ready for the caressing breeze. Be keen – they only serve the most sensitive, you know. Won’t we accept their invitation? After all they are free!

The life – duties, worries, plans, money –  is a light year away. They won’t come to disturb us unless we invite them and lose our minds to them. They make us sick. Consequently we end up fighting. And why should we take along with us resentment and the doubt who had had the last word, instead of the bliss , which is again free?

The sun will soon take leave but there will be the charming night. Thank God the moon is not another star. The pale light is just right for us as we glide down the smooth slopes of sleep reminiscing the blessings of the day that had seeped into us through our senses. Tomorrow is yet another day! 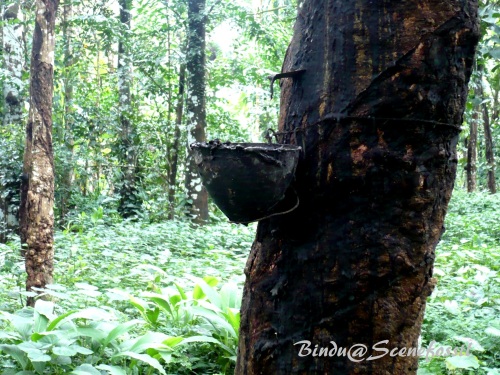 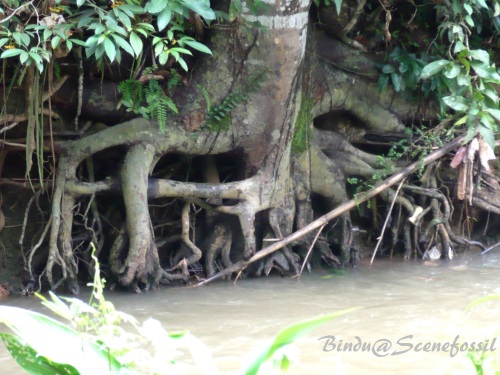 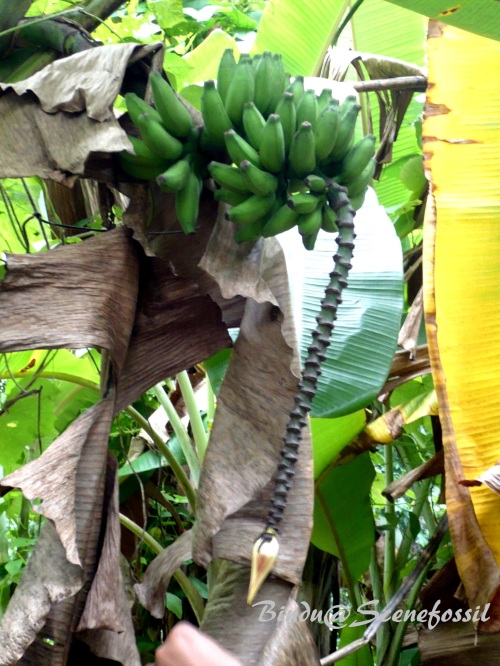 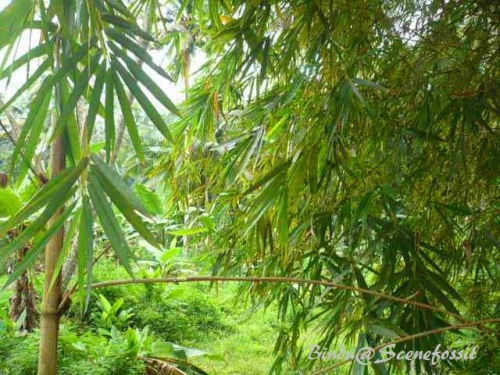 Now I am a lake.
Every skimming swallow
And every blowing breeze
Stir up ripples on me.

They spread out,
Grow wider but less intense.
Seconds,
Minutes…

I wait for stillness –
Patiently!
And then it sails in –
Peace!

I savour
The brief lull,
Till the  swallow or breeze
Returns to taunt or tickle me.

Let the swallows skim
And the breeze blow,
They can’t help it,
I don’t mind rippling either.

Words rarely do justice to the ‘spontaneous overflow of my emotions’. Yet, just an attempt to string the desultory thoughts.

It was stirred up a few days ago, by some delicate pictures and verse. Thank you, Usha, Shail, and my dear sister!

And it was taken to its peak by a film on TV. The familiar songs of that film had never evoked much interest in me. Prejudiced, I had written it off as trite. When I started watching, it was already halfway through and so couldn’t even get the storyline.

It was the dampness depicted that tranced me out. You will be wondering how a film, that too on the mini screen, can do that. Well, as the saying goes, it’s all in our head. The film may not appeal with the same intensity to the aesthetic sense of another viewer. It simply jibed well with my mood, that’s all.

The dark green foliage, the shades, the serenity, the sounds, the smell of the soil, the wetness of the forest… It all came trickling down to my soul, through something beyond my normal senses.

Where am I? In the sweltering desert or in the middle of some remote rainforest? I couldn’t discern. I couldn’t control the urge to open the window, anticipating the raging clouds, the shroud of darkness, and the rustle or the rumble of the distant rain. The repulsive sun made me retreat to the forced coolness of the room.

My daughter once told me there is a special smell all about my parents’ house. (My husband and kids had been to that place only during the monsoons when the whole place will be soggy and cold.) While young I loathed the dankness for the creatures that crawled and crept in, seeking refuge, though snuggling under the covers, tuned in to the pitter-patter on the roof, ah, was bliss! (How I treated myself to the abreaction of that experience elaborating on Nissim Ezekiel’s Night of the Scorpion!  Much of it might have gone over the heads of my hapless students born and brought up here.) I used to yearn for the dry summers. Now that very same Dryness has got back at me!

Grateful to you film maker, cinematographer and the one who chose the location, for that treat! 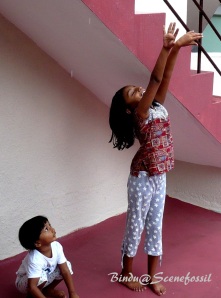 Nine looong months in between me and the heavenly showers…

Shore of peace and tranquility

This time I will go for a cool post.

Which is the most pleasant, cool colour? Of course, green. Have a look at these shots (stock from the last vacation – I have enough to last me for two years 😉 ) and just start adoring green. The place is Alappuzha, Kerala.These pictures and the memories associated with those moments will revitalize me in the fatiguing summer. Hope you will enjoy them too.

I surfed to find out what my friends around the world are up to. The sporty ones are playing games, the foodies trying new recipes, and the fashionable after the fads of the season. Lucky people… I envy! But we, the desert people, have a different story to tell.

Here’s a challenge for you – come down to this part of the world at this time of the year, if you dare! 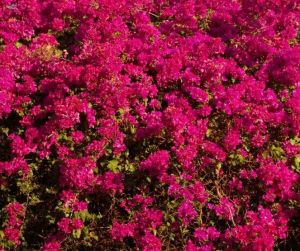 (On the way, don’t let those showy Bougainvillea flowers mislead you. They are kind of rebels, pretending to be cool with their shameless paper smiles. What right do they have to be called ‘flowers’?)

Keep this in mind – I won’t let you have a cool time within the air-conditioned rooms. Because you MUST be where the real Summer has been unleashed on:

* the streets where the laymen drudge,

* the growing buildings where the less privileged/deprived expats work their fingers to the bone, just a few feet below the bloody sun,

* the stuffed classrooms and the tin-roofed playgrounds, where the commoners teach, work, study and play….

(Sorry, I can’t enlighten you on the summer life in the other parts of the desert as I am not so familiar with it. But I guess it must be much worse.)

No, no, that is not enough to get the heat across. What about a dash of lava on my post? Step back!

Into some bitter realities at least a few of the schools have to face during summers:

I am sure this won’t scare you away and you will definitely include this ‘hot’ spot in your itinerary. On the other hand, if your summer schedule has already been fixed, in your prayers request Him to cut our summer short. And for your kind information, we have decided to stay back here for the summer vacation as part of our declaring solidarity with the local community in their misery. (Don’t be amiss that it has something to do with the skyrocketing airfares.)